The Indonesian men’s doubles team has successfully added one more BWF World Tour title to their collection.  This time, it was Fajar Alfian / Muhammad Rian Ardianto who successfully won the title on their home soil. 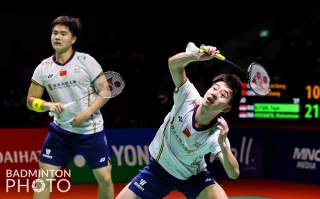 The host pair, Alfian/Ardianto did not experience significant difficulties against the qualifier pair from China, Liang Weikeng / Wang Chang in the final match of the Indonesia Masters 2022 which was held on Sunday in Istora Senayan, Jakarta.

This 2018 Asian Games silver medallists managed to lock up victory in the first game, winning 21-10.  In the second game, the young Chinese pair attacked a lot and managed to improve their game to take a handsome lead of 13-9 after the interval.  Unfortunately for the challengers, the host pair was able to catch up at 14-14 and continued to advance until they won with a score of 21-17.

“I am very happy to be able to win in Indonesia for the first time.  Of course I am very grateful for today,” Alfianto said. 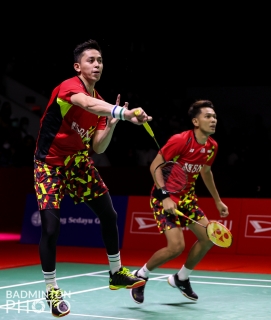 “Regarding the match, in the first game, we were very dominant while the second game was a bit tight because the opponent changed the game strategy.  However, according to the coach’s direction, we must not be careless.  At the end of the game we played with more confidence,” he added.

This achievement also brought back the glory of Indonesia’s men’s doubles at the Indonesia Masters.  Since it was held in 2010, only 2 representatives of other countries have won the men’s doubles title, Kim Gi Jung / Kim Sa Rang won in 2012 and Takuro Hoki / Yugo Kobayashi won in 2021.  The remaining 9 titles in men’s doubles belong to Indonesian pairs.

Meanwhile, the only other Indonesians in action on finals day, Apriyani Rahayu / Siti Fadia Silva Ramadhanti (pictured bottom) had to go through a steep road, as they had to face the women’s doubles top seeds Chen Qingchen / Jia Yifan (pictured below).  In the final match, the home pair, who just debuted in 2022, failed to win the title, losing 18-21, 12-21. 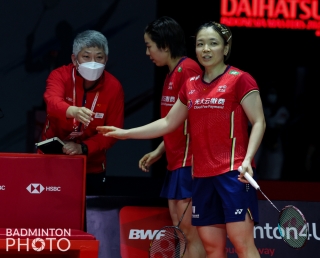 The newly crowned SEA Games champions were actually able to match the game against the Tokyo Olympic silver medallists in the first game.  Even so, both Rahayu and Ramadhanti failed to match the rhythm of the opponent’s game plan and were attacked a lot in the second game.

After the match, Chen/Jia admitted that they had experienced difficulties in the opener.  But both of them managed to overcome it to win the match.

“This is our first time meeting this new Indonesian pair.  At the beginning of the match we were still adjusting the rhythm of the game plan while the opposing pair attacked a lot.  After a few points can we figured out the strategy to beat our opponents,” said Jia.

This title is the second for Chen/Jia this year.  Previously, they managed to win the German Open which was held in March 2022. 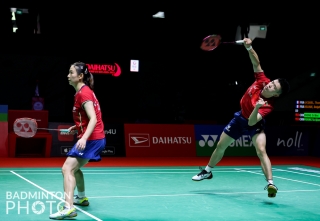 The Chinese pair, Zheng Siwei / Huang Yaqiong (pictured), made history as the players with the most Indonesian Masters titles, as they added today’s to the titles they won here in 2018, 2019, and 2020.  In 2022, the world #2 pair won the title after defeating the French pair, Thom Gicquel / Delphine Delrue (pictured below).  The Tokyo Olympic silver medallists only needed 38 minutes to take the match in straight games.

“This is our first meeting with the opposing pair.  Before this match, we had prepared well.  Today, our opponents played a good game.  In the beginning of the match, we were still trying to adapt to the conditions on the court.  Luckily we managed to play our strategy and won today’s final,” said Zheng. 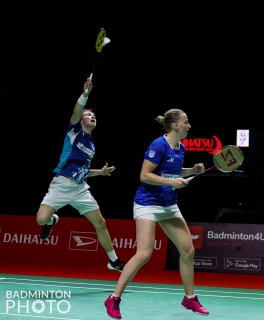 Even though both Zheng and Huang have become the players with the most Indonesian Open titles, Zheng admits that this is not his priority: “We don’t focus on how many titles we get.  We are more focused on performance to get better and better in every game,” he added.

In some of their previous tournaments in 2022, the world #2 ranked pair had split up and each played with other partners.  But neither player was able to shine in those brief appearances playing with new partners and they certainly were not able to show the type of stellar performance we’ve seen them put on when playing together.

As for being confirmed after the match, both admitted that there are currently no plans for further pair rotations.  In the near future, the two will still be competing together.

“We will still play together in the Indonesia Open, Malaysia and the next tournament in Singapore,” Zheng said. 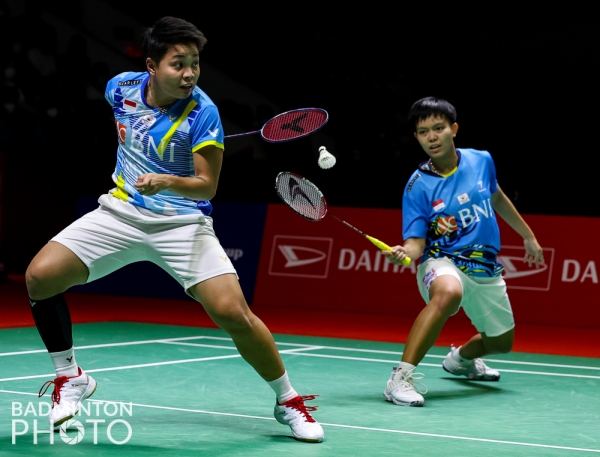 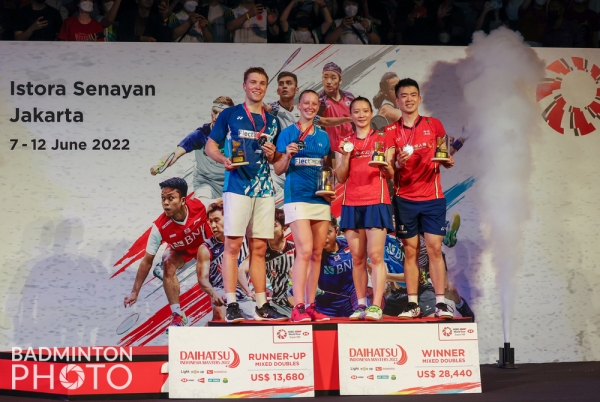 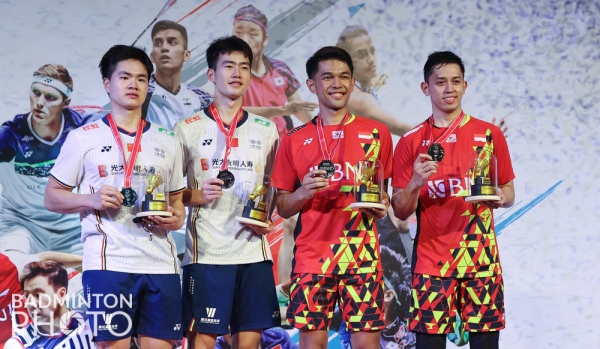