Alex de Minaur may have been taking on a home favourite in Jack Draper on Thursday at Wimbledon, but the Australian was not completely lacking support from the British contingent in the crowd during his second-round victory.

The 19th-seeded Australian’s girlfriend, WTA player Katie Boulter, cheered him on to a 5-7, 7-6(0), 6-2, 6-3 win against #NextGenATP Briton Draper at the grass-court major. Just hours earlier, it was De Minaur who had played the role of cheerleader from the stands, as Boulter pulled off a 3-6, 7-6(4), 6-4 second-round upset of sixth seed Karolina Pliskova on Centre Court.

Speaking at his post-match press conference, De Minaur spoke of the extra positivity that Boulter’s heroics had brought him before he stepped on court for his own match.

“I think it’s amazing. What she was able to do today was an amazing effort,” he said of Boulter. The 25-year-old dedicated her win to her grandmother, who passed away earlier in the week. “I mean, under all the circumstances, she got out there on Centre Court, and beat last year’s runner-up. So, I think that’s pretty special.

“I’m just stoked for her. This is her home Slam. She gets to enjoy it. I know she was a little bit nervous going in, but she’s gone out and put on a brilliant performance.”

As they both aim to reach the fourth round on the lawns at SW19 for the first time, De Minaur and Boulter have spoken of their mutual respect for each other’s work ethic as they hunt success on the ATP Tour and WTA Tour, respectively.

“He’s someone that I have a lot of admiration for on and off the tennis court,” said Boulter, who currently sits at No. 118 in the WTA Rankings and faces Frenchwoman Harmony Tan in her third-round match. “He is the epitome of a fighter and someone that goes out and gives their all every single day. That’s what I aspire to be like. I feel like to have that around me and my team, it really helps me because I can push myself. He helps me do that.

“He is probably one of the hardest-working guys out there. I try to take a leaf out of his book because it really is impressive. I’m very lucky to be in the position I am, that I get to see it day in, day out.” 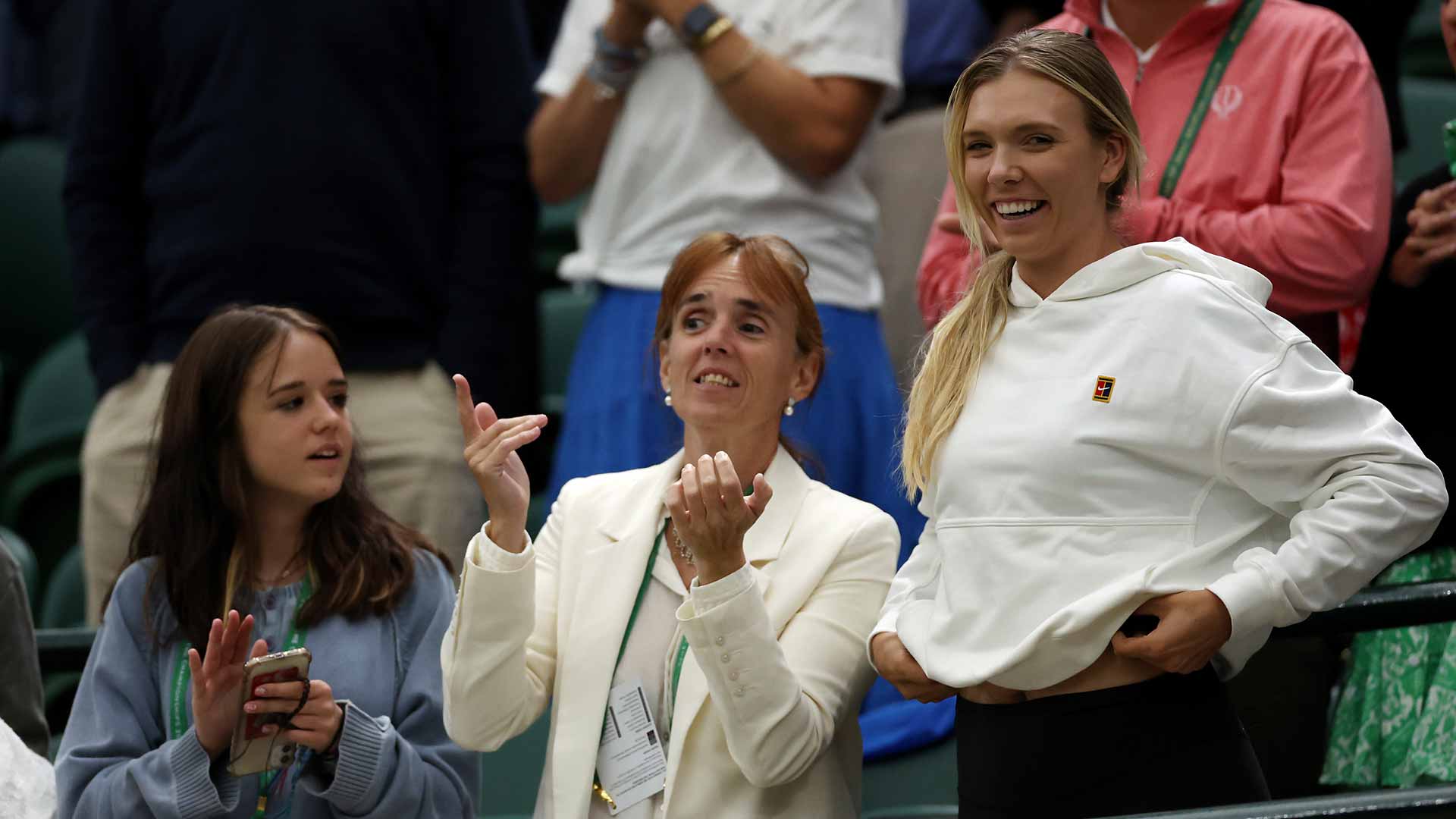 “For me, more than anything, I just loved to see her back,” said De Minaur of Boulter, a former World No. 82 who has struggled with injuries in recent years. “I think this is back where she belongs, and in no time, she will be even higher than ever. I think she’s got an incredible level, and she’s been showing it all this grass season. I’m very proud of her.”

De Minaur faces another Briton next at Wimbledon in wild card Liam Broady. The 23-year-old Australian is aiming for a maiden fourth-round appearance at the grass-court major, and Boulter does not think it will be long before the Australian is widely recognised as a major contender in the latter stages of Grand Slams.

“Without a doubt. I mean, he’s got the game for it,” said Boulter. “We’ve seen him play many incredible matches against top players. He can beat them. Ultimately those are the matches that are going to give him the spotlight. I know the work he puts in will give it to him.”

With both leading busy lives on Tour, De Minaur and Boulter relish the weeks where their schedules overlap. Even when relaxing away from the court, the Briton acknowledged that a mutual passion for the game is something that still shines through.

“We actually do [watch tennis] probably more than most people would think,” said Boulter. “I feel like we both love the game and we’re students of the sport.

“We like to be a part of it. Of course, we spend a lot of time together during these times and we cherish the ones where we can actually be in the same place at the same time. Ultimately, we both travel 30 weeks of the year. We don’t always get a chance to see each other.

“The travelling weeks are probably the best weeks for us.”